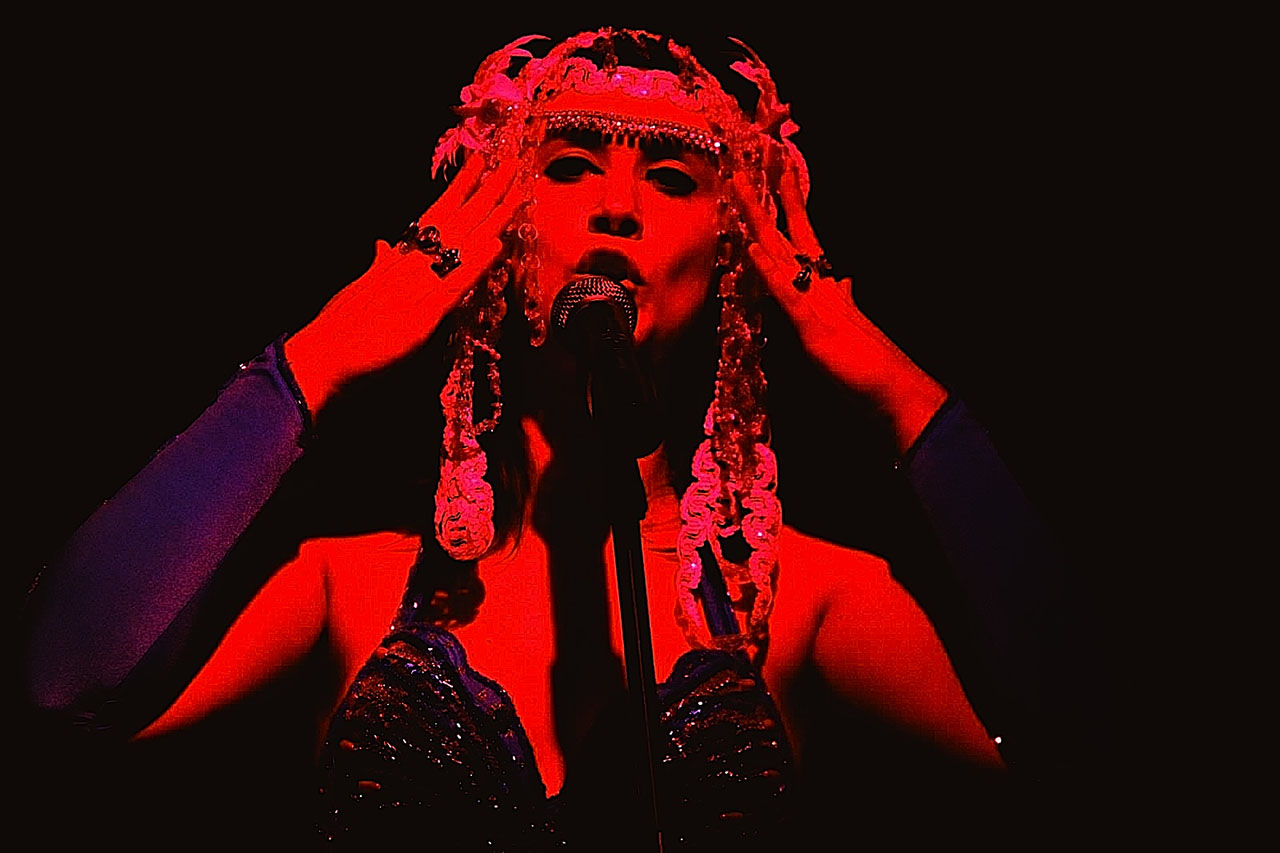 Cora Camille, singer and songwriter of Final Veil, is an artist who knows no bounds.  She began bellydancing in her teens with the troupe Simone’s Seventh Veil, which exposed her to many dancers and performance styles from around the world. Then she began singing at various festivals in Europe and the U.S., while also studying Arabic music theory and traditional Egyptian music in London with Cairo Music Institute’s Wadie Nossier. She released a solo album in 2016 with Hossam Ramzy and Phil Thornton and written music for the Off-Broadway production “Confessions of a Bellydancer.”

You can currently catch her band’s fourth new album “Salome’s Spell” and music video for their same-titled single (Cora’s film directorial debut). You can anticipate a band documentary to be released soon, and many more live performances in the St. Louis area. No two shows are ever alike, each with a unique assortment of guest musicians and alluring dancers.